Caroline and her friends from many years took to the stage for the final time as the Vivace Singers in December. As guest artists, it was a delight to sing with the young choirs from the three local primary schools who had joined forces for the evening to create one chorus for the concert. Although we will no longer proceed under the name of the Vivace Singers, we will continue to perform together in the future in various guises, and we’re excited to see what the next phase of our partnership will bring. I consider myself very lucky to be able to work on a professional level with some of my dearest friends!

Caroline and two of her colleagues from WIAV, Isabella Moore and Matthew Durkan were thrilled to be invited to perform as guest soloists for the University’s Christmas Concert. It was a beautiful concert complete with a full orchestra and a diverse range of repertoire, conducted by Eilir Owen Griffiths. Caroline was accompanied by Euros Rhys Evans and performed 2 contrasting arias from Carmen and Il Barbiere di Siviglia, followed by ‘I’ll Be Home for Christmas’. It was a lovely evening, and we were honoured to have been asked to take part.

Caroline and the singers of WIAV took part in masterclasses across two days with the wonderful Ryland Davies. It was a great opportunity to work on repertoire for our forthcoming recitals (more details on those later). We learnt an incredible amount and had a great deal of fun while we were at it – thanks Ryland! We will look forward to him visiting us again in the latter part of the year. 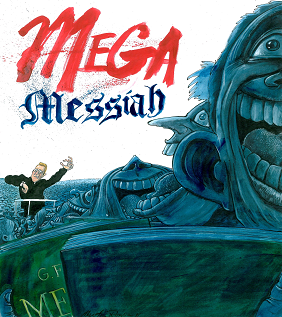 Caroline was thrilled to be invited to perform in the superb Donald Gordon Theatre as alto soloist in Mega Messiah, presented by The Prince’s Trust & Wales Millennium Centre in association with Orchard.

Caroline was joined by other soloists from the Wales International Academy of Voice, namely Susanna Fairbairn, Wyn Davies, Alexander Wilson and Olly Hunt. The orchestra was Sinfonia Cymru with David Lawrence at the helm. As this was Caroline’s first public performance since her return to Wales, it was a rather lovely one to begin with!

Caroline was delighted to represent WIAV in providing an operatic element to the graduation ceremony held for BA and MA graduands of University of Wales Trinity Saint David. Caroline was accompanied by the wonderful Sian Davies.

Evening given for the benefit of the Friends of WIAV

Caroline and her peers at Wales International Academy of Voice performed for the Friends of the Academy. It was a lovely opportunity to meet supporters of the Academy and for them to get to know this year’s intake of students. The singers performed a diverse and varied programme including excerpts from Carmen, Il Barbiere di Siviglia, Die Entführung aus dem Serail, Don Pasquale, Die Zauberflöte, Le Cid and La Boheme.

Caroline performed at a private function for Santolina Riding School and Stables as part of the Santolina Singers, a specially created group for the event. Caroline sang favourites from the operatic world including Carmen and Lakmé, and also took part in a recording of the programme for the lady in whose honour the event was organised.

Osiris Ensemble was the first mixed voice choir with which Caroline sang from the ages of 14-18. It was a great introduction to first-hand experience of the great choral repertoire, and Caroline was fortunate enough to be asked to perform as mezzo soloist in a number of their productions. Caroline is truly grateful to Osiris for providing her with her first professional outing as mezzo soloist with chamber orchestra for Vivaldi’s Gloria, at the age of 17. Caroline was thrilled to take part in Osiris’ celebratory concert on Sunday, returning as a guest soloist to perform Una Voce Poco Fa. Osiris is part of the Emerald Music School, a vibrant and flourishing Surrey-based organisation under the direction of Clare Caddick. Emerald educates and encourages young musicians and gives them unique performance opportunities. More details of Emerald can be found here.

Caroline joined forces with Opera Anywhere for the evening to cheer along those taking part in the Reading Starlight Hike for Sue Ryder Care by way of singing some operatic favourites. A great atmosphere and a fantastic cause to support.

Caroline and a small number from Henley Amateur Operatic and Dramatic Society took part in the entertainment for The Honourable Lord and Lady McAlpine’s fantastic event at Fawley Hill. Caroline performed the Seguedilla from Carmen and also participated in choruses from Les Miserables, The Merry Widow and Spamalot. Being rather fond of vintage cars and steam fairs, much fun was had!

After twelve years at OAB, during seven of which he was the company’s Musical Director, Geoff bade all a marvellous farewell in his final recital. Caroline was honoured to be asked to contribute to the concert, and performed the Czardas from Die Fledermaus, Carmen’s Seguedilla and selected duets with Geoff from Don Giovanni and The Barber of Seville.